With Christmas just round the corner and with folks (hopefully) winding down, I thought it would be nice to look at some popular festive and winter scenes.

We have to begin with this: 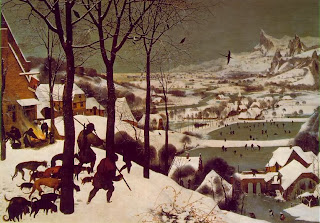 I adore 'The Hunters in the Snow' by Pieter Bruegel.
Probably less well know, but arguably just as beautiful is: 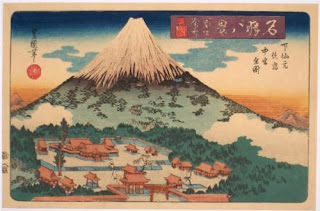 'Evening Snow on Fuji' by Utagawa Toyokuni.
There are so many lovey winter paintings from Japan. 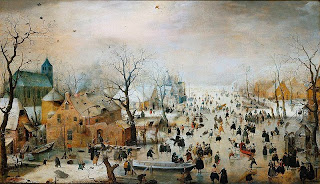 'Winter landscape with skaters' by Hendrick Avercamp.
Being mute Avercamp lived in a silent world of his own. It is said that he enjoyed painting these winter scenes with skaters as it reminded him of happy times with his parents.
Extra turkey for anyone who can spot the bare bottom! 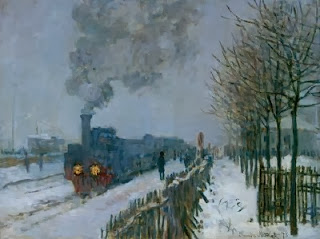 'Train in the Snow' by Claude Monet.
Monet strikes again: 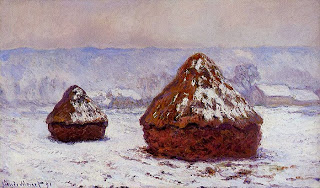 'Grainstacks, Snow Effect'. Just one painting from the twenty five series in which Monet observed the changes in the haystacks from summer to the following spring. 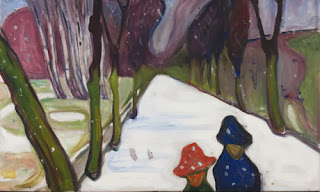 'Avenue in the Snow' by Edvard Munch.
I much prefer this painting to his most famous creation, 'The Scream'.....controversial!! 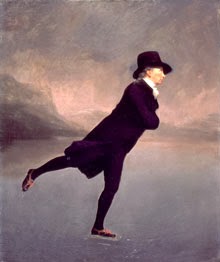 It just wouldn't be right not to include 'The Reverend Robert Walker Skating on Duddingston Loch' by Sir Henry Raeburn.
Kept here in Edinburgh in The National Gallery of Scotland, this is one of Scotland's most famous paintings and is considered ground breaking for combining traditional portraiture with movement of the figure.
Leaving you with a slightly more obscure masterpiece: 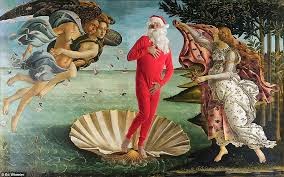 There's something not quite right about Boticelli's shell here!

Wishing you all a warm and happy Christmas and for a sparkling 2014
x x
Posted by Union Gallery at 07:25 1 comment:

with Christmas just round the corner I'm being kept very busy here at UG headquarters.
I haven't had much time to think of something intelligent to write on the blog, so in the meantime I shall keep you entertained with some random, but highly amusing photos of my hounds sent to me by my lovely niece with who they are currently lodging.
Enjoy! 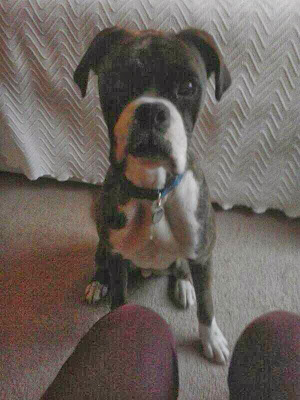 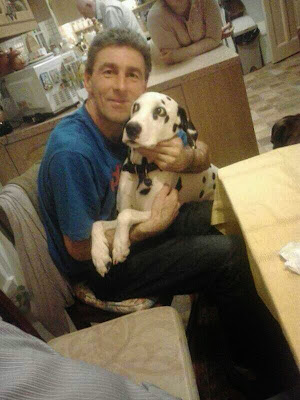 Harry (spotty pants) our insane Dalmation with yet another crazed expression!
Leaving you with this: 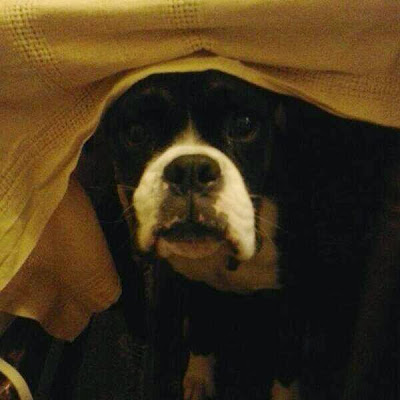 Dennis the menace in camouflage! I'm biased I know, but he is adorable!

Hurry back for more nonsense soon x
Posted by Union Gallery at 07:20 No comments: 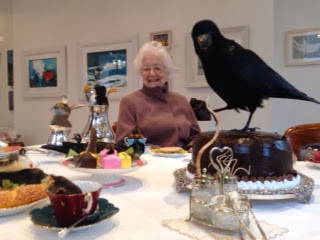 Nice to meet you and your family.
Alison x
Posted by Union Gallery at 07:58 1 comment: 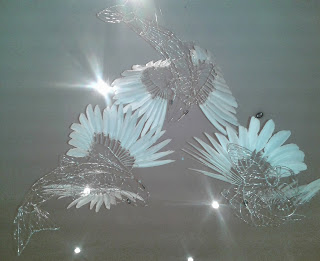 
'See no Fish, Here no Fish, Catch no Fish', acrylic on canvas by James Newton Adams.
I love their bright yellow, rubbery gloves. 'Three Sisters', digital painting by Kevin Low.
Otherworldly and enchanting, the attention to detail in the girl's clothes is very touching. 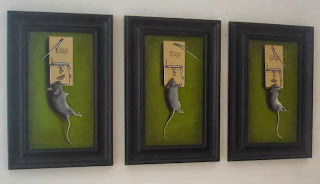 'Three Blind Mice' oil on panel by Dylan Lisle.
An impressive and powerful triptych that depicts his subjects with mind boggling detail.

'Waiting for The Tide', finest lead-free pewter on olivewood by Carl Newman.
There's nothing lovelier than a nice piece of wood, so tactile and I love how the wood grain mimics the tidelines in the sand.

So as you can see there's something for everyone in UG's 2013 Christmas Exhibition. If 3 is your lucky number then perhaps this selection might appeal to you.

Have a great weekend all!
Posted by Union Gallery at 05:09 1 comment: